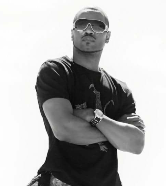 Rickey aka "Ardo" has been playing MMO/RPG games since 2006 and has been involved with blockchain since 2017. In 2007, Rickey graduated from Purdue University, and in 2020 finished his 5th degree which also ended up being from Purdue. He is a recognized leader in NFT gaming, multiple-sport professional athlete, professional model, youth football and track coach, an active member of World of Warcraft and Star Atlas communities, and a council member of the UMO. He spent several years on active duty for the Marine Corps and Army as an infantryman and eventually as an officer and has also served as a paramilitary operator/contractor. He has experience with industrial design, engineering, criminal justice, logistics, intel, battlefield simulations, and several other backgrounds. Has a very experienced background in digital asset investment and cryptocurrency technical analysis.

World of Warcraft: Battle for Azeroth

Tweets by Ardo
Return to Team