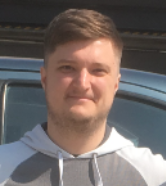 Originally from Central Asia, Serge aka "Rievserg" has been living all over Canada for the past 15 years. His main trade is Aircraft Maintenance Engineer and has been working in aerospace industry for over a decade. He had the privilege to be a part of several very well known and large aerospace corporations such as Air Canada, Boeing and Bombardier. He has held various roles in production, leadership, engineering, quality and logistics. Serge was introduced to crypto in 2017 and made it his main hobby ever since. He has been an avid gamer for several years with experience on Commodore 64 and Sinclair systems. He has played his fair share of RTS games and Guild Wars 1 2 back in the day. Now, his main slogan for gaming is “No NFT no play!”. Serge is an addition to the officer corps that will be quite impactful in the Final Frontier community. 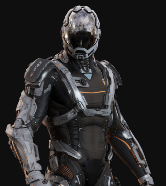 Tweets by FinalFrontierSA
Return to Team